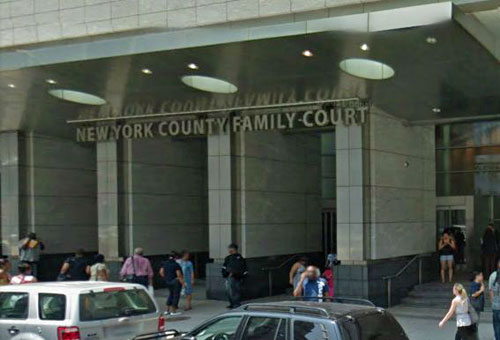 According to this article in the New York Times last month, New York law has specifically said for more than a century that "the sittings of every court within the state shall be public", and that was confirmed by the state's Chief Judge in 1997, when a new rule was issued setting out a presumption that Family Court hearings be open to the public and news organizations, with judges having a discretion to close cases, but only for compelling and specific reasons.

However, recent visits to courts across New York City by a reporter have "revealed officials and security officers routinely disregarding the open-courts rule in ways both large and small, direct and implied, insistent and even hostile". During one week the reporter tried to enter 40 courtrooms, but was only allowed into five, some where no case was under way.

Responding to this, the administrative judge of the New York City Family Courts said she was troubled to hear that courts around the city had not been open and that she planned a review.

I don't know what the rules are in other US states, save that Florida Divorce, where I found the link to this story, says that in general Florida courtrooms are open, even in family court.

Incidentally, and off-topic, I notice again from the NYT article that some things about family justice systems worldwide appear to be universal, viz: "people waited in bleak assembly areas for their cases to be called" and: "resource-starved system plagued by delays".
Labels: Family Justice System