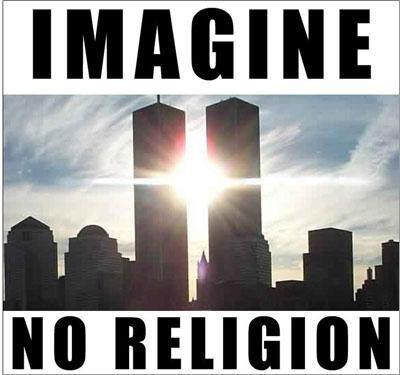 Causing trouble wherever it goes as usual, the subject of religion has cropped up a couple of times over the last few days in relation to family law matters.

Firstly, Carl Gardner at Head of Legal wrote a post taking issue with the absurd claim that "Islamic law can be compatible with the toughest human rights legislation", and expressing the view that decisions of sharia councils in family matters could not have legal effect through the Arbitration Act 1996. I'm afraid I rather put a spanner in the works of that argument (which I believed to be correct myself) when I referred Carl to this article on Family Law Week (after being reminded of it by Marilyn Stowe), which explains a family law arbitration scheme which is due to be launched next month. In the light of that, Carl now asks whether there is anything in the Act to prevent sharia tribunals acting as binding arbitrators in family disputes

This is a very important and disturbing question. The mere thought of family disputes being adjudicated by reference to some ancient religious text must surely be of serious concern to any right-minded person.

I don't care if sharia councils rule on religious matters - such things are of no consequence in the real world. As to matters of English family law, clearly sharia councils could not have jurisdiction to dissolve legal marriages, but they could (and may already) be used to 'resolve' financial matters on divorce and (even more worryingly) to deal with private law children disputes.

I have no expertise in arbitration whatsoever, so I will wait with interest to see what conclusion Carl reaches.

Meanwhile, yesterday Bailii reported the case of Re N (A Child: Religion: Jehovah's Witness) [2011] EWHC B26 (Fam). As the title suggests, this case dealt with the issue of one parent (the mother) being a Jehovah's Witness, and the other parent's concerns regarding the upbringing of the child.

Now, don't get me started about Jehovah's Witnesses - if dragging your children around door to door as you try to convert those with more sense than you to join such a mad sect isn't child abuse, then I don't know what is. Clearly, I'm not the best person to report on this case, so I won't. Instead, I'll leave it to the interested reader to look at and draw from it what they will.
Labels: Children Divorce Finance/Property Reason