Win a Divorce - On Valentine's Day! 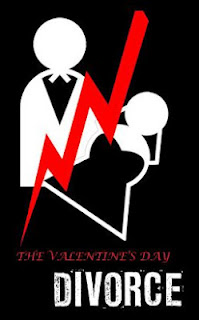 What could be better - and more fun - than telling your wife live on the radio on Valentine's Day that you are divorcing her?

This hilarious stunt is to be carried out by those wacky DJs Robert and Jono at crazy New Zealand radio station The Rock FM. In return for doing the dirty deed, the husband, known as 'Sam', will have his divorce paid for by the radio station. According to The Rock:


"Across our fair land there are hundreds of poor blokes who thought they married an angel who, in fact, turned out to be Satan in a dress.

So Robert and Jono have put it on themselves to help one of those blokes out.

But this won't be your standard marital break-up. This will be aired live on the radio. On Valentine's Day.

Robert and Jono have found their Divorcer - Sam - and are helping him prepare to get his life back by ditching the ball and chain."

As for Sam, who won a competition to be the lucky 'divorcer', he says that he: "Is confident nothing is going to go wrong."

Well, what could go wrong?

UPDATE: It seems that a lot more could go wrong than The Rock FM bargained for. 'Sam' (who was actually (thought to be) the wife, rather than the husband, which doesn't fit with the quote I gave above) was in fact one half of a lesbian couple who sabotaged the radio station's contest. For the details, see this report in NZ Herald News.
Labels: Divorce