World News: A toilet, a rant and a dowry 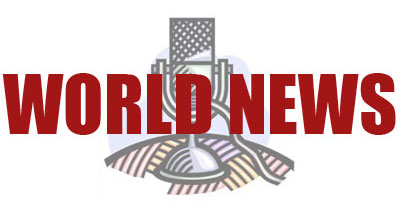 I'm glad to see that Anita Narre, the Indian woman who risked her marriage for a toilet, has been given an award of $10,000 for her courage in 'refusing to defecate in the open', by a social service organisation. For those who haven't been following this story, twenty-three year old Anita left her husband's home shortly after her marriage last year, as it didn't have an indoor toilet, only an open-air latrine. When her husband called at her father's home to collect her, she refused to go, saying that she would only return once a proper toilet had been constructed. Her actions emboldened other local women to coax their partners into building toilets. According to a World Bank study, lack of toilets and other proper sanitation costs India nearly $54 billion a year through hygiene-related illnesses, lost productivity and other factors. I understand that Anita's toilet has now been built.

Meanwhile, in America an ex-husband has been punished by a court for posting a rant about his ex-wife on his Facebook page. The magistrate in Hamilton County, Ohio, found Mark Byron in contempt of an earlier protective order, and gave him the alternatives of 60 days in prison or posting an apology to the former Mrs Byron (written by the magistrate) to his Facebook page every day for 30 days. Unsurprisingly, Byron chose the latter, although I understand he is appealing. The case has apparently raised a few free-speech issues, with Byron's lawyer saying that he did nothing more than 'vent', and a free-speech expert saying that the court's order to compel speech was a violation of the First Amendment, which prohibits the making of any law abridging the freedom of speech.

Lastly, the BBC reports a problem caused by the rising divorce rate in Iran. There, it is still common for traditional couples to agree a dowry, with the most popular arrangement being that should the marriage end in divorce, the wife will get gold coins equal to her weight in kilograms. Needless to say, this can result in a substantial sum - it has been calculated that an Iranian woman of average weight will cost her (ex-) husband $40,165. With the Iranian divorce rate increasing (by 5.5% in just six months last year), the number of men ending up in prison for failure to pay has reached some 20,000 in the last two years. Another reason to make sure your wife stays trim, I would say...