News Brief: A warning, a concession and an increase 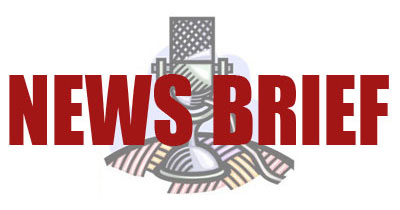 Three stories in the news in the last couple of days:

The National Audit Office has warned that plans by the Child Maintenance and Enforcement Commission to reduce its spending are "high risk". They say in their latest report that there is already a £44 million shortfall in the £161 million reduction originally expected by 2014-15, and that the Commission is reliant on raising £71 million in fee income from parents as part of its planned savings. These estimates are very uncertain, they say, increasing the risk that additional cuts might be needed late on in the Spending Review that could have an adverse effect on services. As the Guardian says, the report will concern ministers at the Department for Work and Pensions and officials at the commission. You can read the full report here.

As the Guardian also reports, more victims of domestic violence will be entitled to legal aid, following 'significant concessions' by the Ministry of Justice to its legal aid bill. The amendment adopts the definition of domestic violence used by the Association of Chief Police Officers ('ACPO'), acknowledging that as well as physical abuse, psychological abuse, emotional abuse and financial abuse through bullying a partner by controlling their finances will all be regarded as domestic violence. The amendment has been welcomed by Resolution Chair David Allison, who said in a news release:


"We are pleased that the Government has finally decided to adopt the almost universally-accepted ACPO definition of domestic violence. However, while they may have amended the definition, they have not yet changed the evidence gateway criteria that determines whether victims actually receive the protection of legal advice and representation, when dealing with the consequences of their divorce or separation. The Government has said today that mediation is unsuitable for victims of domestic violence – in which case they need to amend the gateway criteria before this Bill goes back to the Commons."

Lastly, a little good news for future divorce lawyers: the latest figures from the Office for National Statistics show that the (provisional) number of marriages in England and Wales in 2010 increased by 3.7 per cent, to 241,100, and that the (provisional) marriage rate increased to 8.7 people marrying per thousand unmarried population aged 16 and over, up from 8.5 in 2009. The figures also showed a surge in middle-aged couples deciding to tie the knot. However, before the Tory masses get too excited about the rise in popularity of marriage, the ONS urges caution:


"It is not possible to determine at this stage whether the small rise in the provisional number of marriages in 2010 signifies an end to the long term decline of marriages or whether such increases will continue."

You can find all the thrilling details in the ONS's Statistical Bulletin.
Labels: Child Support Domestic Violence Legal Aid Marriage