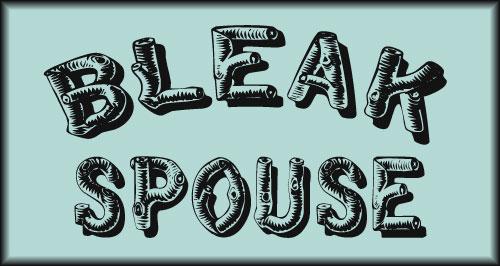 WEDLOCK HOUSE. My Lady Wedlock is restless, very restless. She has been waiting for Sir Basildon to go on a business trip, so that she can go on a short trip of her own, without him knowing. Today, at last, she will get her chance, as Sir Basildon is off to a conference in Liechtenstein, to give a speech on the benefits of short selling.

Before she leaves, however, she makes a detour to the attic room of her au pair Elena Brezhnev. She has given Elena the task of counting her designer handbags, which she thinks should occupy Elena for more than long enough to enable Lady Wedlock to go to Elena's room and take Elena's coat from her wardrobe, without Elena seeing her.

Lady Wedlock correctly believes that she will not be recognised wearing something as cheap as Elena's coat. She also incorrectly believes that Elena has not seen her, but Elena has taken a fancy to one of Lady Wedlock's handbags, and decided that Her Ladyship has so many that she will surely not miss one. She is therefore returning to her room to secret the bag she has chosen away, when she sees her mistress taking her coat. She quickly turns around, before Lady Wedlock can see her.

Lady Wedlock puts the coat on and slips quietly from the house. Elena discreetly watches her from a window. Lady Wedlock is oblivious of this. She is also oblivious that another pair of eyes is now watching her. They belong to William Piranha, who Edgar Venal has re-assigned to watch Lady Wedlock, now that his cover has been blown with Prissy (Piranha has just recovered from the seven-day bender he went on after being turned down by Prissy).

Piranha believes that the figure in the cheap coat is Lady Wedlock's au pair. She seems furtive, so he thinks she may be on a secret errand for Lady Wedlock, and decides to follow her.

The pursuit takes them to the public cemetery. There, after consulting with the Warden, the woman make her way to a secluded corner of the cemetery, where she stops before an unmarked grave. Piranha watches as she places a teddy-bear holding a heart next to the grave.

After a few moments the woman leaves. Piranha does not follow. Instead, he checks with the Warden to see whose grave it is. The Warden tells him that the grave belongs to Larry Lizzard.

Later that day Piranha rings Edgar and reports what he has seen.

"Are you sure it was the au pair?" Asks Edgar.

"Pretty sure, Mr Venal." Replies Piranha. "The only other person in the house when she left was Lady Wedlock, and she wouldn't wear a cheap coat like that."

Edgar ponders that for a moment. "Alright," he says, "now, I've got another job for you. I need you to recover a laptop..."
Labels: Bleak Spouse Venal and Grabbit