Who said what at the Nagalro conference? 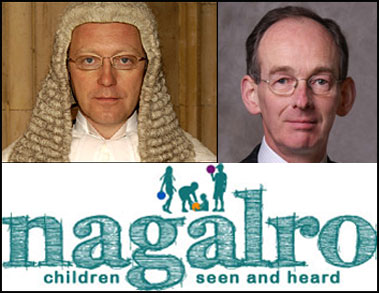 There seems to be some confusion over comments made by Mr Justice Ryder and/or Lord Justice McFarlane at the Nagalro conference last week.

The conference took place at Woburn House on the 15th of October. It was chaired by Lord Justice McFarlane, and Mr Justice Ryder appeared as a speaker.

It was originally reported, for example in Family Law Week and on the Association of Lawyers for Children website, that during the course of the conference Mr Justice Ryder had commented on the proposed 26 week timetable for care proceedings. The Family Law Week report gave some detail, by saying that in response to a question from a delegate about the timetable Mr Justice Ryder said that the 26 weeks was not written in stone, that it was aspirational, and that in his view it may be achieved in two years' time.

The Family Law Week report (which was originally published on about the 18th October) has now been removed from its website as, it would appear, has the report on the Association of Lawyers for Children website.

Yesterday Family Law Week published a fresh report on the matter, which attributes the 'aspirational' comment to Lord Justice McFarlane, rather than Mr Justice Ryder:


"Lord Justice McFarlane, recollecting the recommendations of the Family Justice Review panel of which he was a member, said that 26 weeks was aspirational and that the review anticipated that it may take a period of time to implement."

Mr Justice Ryder is reported to have merely said that:


"Courts already have an obligation to timetable each case and the timetable for the child may anticipate proceedings being completed in up to 26 weeks or more dependent on the facts of the case."

The comments attributed to Lord Justice McFarlane almost seem to be backtracking a little from those originally attributed to Mr Justice Ryder. It is also rather odd that the original report of Mr Justice Ryder's response to the delegate was so specific in what he apparently said, if he didn't actually say that. Or perhaps I am just imagining some sort of cover up...

Hopefully, all of this is just down to reporting errors in the original story, rather than confusion amongst the ranks of our senior judiciary. One thing is clear, however: the 26 week timetable is causing considerable concern amongst those who will (or is it 'may'?) be required to implement it.
Labels: Children