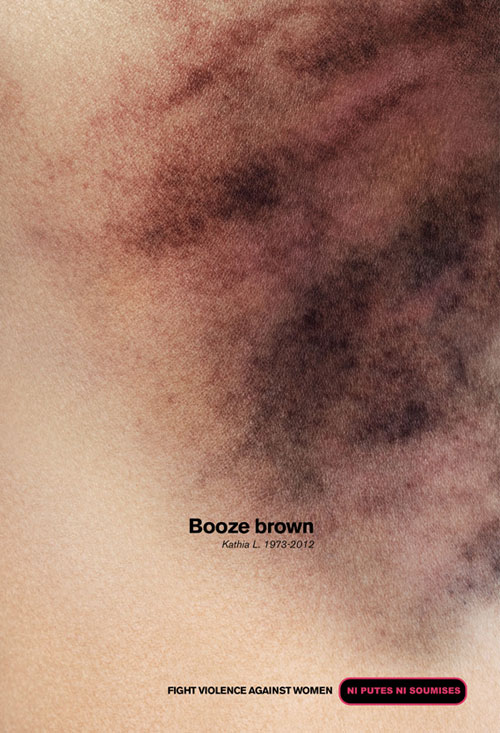 Advertising agency BETC Paris has created an extremely powerful series of advertisements for French women's rights organisation Ni Putes Ni Soumises ('Neither Whores Nor Submissives'), to raise awareness about domestic violence. "The visuals, which at first glance appear to be abstract fine art photographs, reveal an important message as each one of them tells a tragic individual story of deadly domestic violence." The visuals are, in fact, close-ups of bruises, each with a caption and woman's name attached.

The campaign was launched throughout France in advance of the International Day for the Elimination of Violence against Women on November 25th.

You can see all three of the adverts, here.