THE FIRM: Chapter 9 - A Little Persuasion 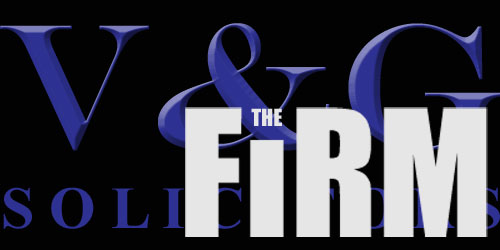 AT THE OFFICES of Messrs. Venal & Grabbit, Solicitors, Mike McCheap is working his way through his morning post basket, when he comes across a large unopened brown envelope marked simply "McCheap".

Intrigued, he slips a letter opener under the sealed flap, slits the envelope open and tips the contents onto his desk. They comprise a photograph, with a note attached.

McCheap examines the photograph. It is a picture of two people in a state of semi-undress. The image is slightly blurred, as if it was a still from a film, so it takes McCheap a moment to recognise the two people in it.

Then he feels his heart flutter as he realises that the two people are him and his secretary Brenda Buxom.

He then looks at the handwritten note attached to the photograph. It is from Bill Devastator, Head of Security at Venal & Grabbit. It reads: "If you don't want this and the film it came from falling into the wrong hands, I suggest you speak to me."

Bill Devastator's office is in the basement of the building. It is dominated by a bank of TV monitors, showing images from all of the security cameras in every room in the building (yes, that does mean EVERY room).

Devastator is happily scanning the monitors, when there is a knock on the door. It is Mike McCheap.

Devastator plays with a digital video recorder on a desk in front of the monitors, humming to himself as he does so. McCheap can see that Devastator is a man who enjoys his work.

After a few moments, Devastator pipes up. "Here we are!" He announces, in the same cheery voice. "Thought you might like to see this." He gestures at one of the monitors.

McCheap looks at the screen. It shows his secretary Brenda Buxom sitting at her desk, typing away. She gets up, walks across the room, falls over and screams. Moments later, McCheap enters the room.

"My stiletto." Says Brenda. "I caught it on the carpet. I think I've twisted my ankle."

McCheap knows what happens next.

Devastator is slightly disappointed, but stops the film anyway. He turns towards McCheap. "The thing is," he says with a smile, "if you should go to the police then this film could come to the attention of your lovely wife."