S v S: Guidance on applications to give effect to arbitral awards 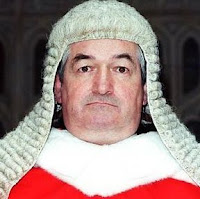 The President has given guidance about the proper approach of the court to applications for the approval of consent orders which have been lodged with the court following, and intended to give effect to, arbitral awards, in S v S [2014] EWHC 7 (Fam).

In his judgment the President set out a summary of the IFLA Arbitration Scheme, the facts of the case and the legal context of such applications. I won't go into those here, instead concentrating upon what he had to say about the approach that the courts should take in cases where there has been an arbitration award under the IFLA Scheme or something similar.

He began by pointing out:


" Two situations need to be considered: one where the parties come before the court seeking a consent order; the other where one or other party is seeking to resile from the arbitrator's award. In the present case I am, strictly speaking, concerned only with the first, but some provisional comments on the other may be helpful and not out of place."

The starting-point in every case was, in the words of Sir Peter Singer, that:


"The autonomous decision of the parties to submit to arbitration should be seen as a 'magnetic factor' akin to the pre-nuptial agreement in Crossley v Crossley".


"In the absence of some very compelling countervailing factor(s), the arbitral award should be determinative of the order the court makes."


"There is no conceptual difference between the parties making an agreement and agreeing to give an arbitrator the power to make the decision for them."

He said that it was worth remembering his own words (in L v L) concerning the function of the judge when invited to make a consent order in a financial remedy case:


"...the judge is not a rubber stamp. He is entitled but is not obliged to play the detective. He is a watchdog, but he is not a bloodhound or a ferret."

He then set out the essential principles:

Applying those principles he approved the consent order in the present case.

He added that he could "see no reason why the streamlined process applied by Coleridge J in S v P (Settlement by Collaborative Law Process) [2008] 2 FLR 2040 in the context of a consent order which was the product of the collaborative law process should not be made similarly available in cases where the consent order is the product of an arbitral award under the IFLA Scheme or something similar." The headnote to that case reads:


“This application for approval of draft consent orders could be dealt with [by a High Court judge] in the ‘urgent without notice’ applications list, in order to shortcut the normal rather lengthier process of lodging consent orders … and waiting for them to be approved and sent back … The court would usually be prepared to entertain applications of this kind in the without notice applications list before the applications judge of the day on short notice. A full day’s notice must be given to the clerk of the High Court judge in front of whom it was proposed to list the case; such notice could be given by telephone. The clerk of the rules should be informed that this was taking place. Use of the shortcut process was always subject to the consent of the urgent application judge. However, provided every aspect of documentation was agreed, the hearing was not expected to last more than 10 minutes, and the documentation was lodged with the judge the night before the hearing, this process had been approved by the President”.

(1) In every case the parties should lodge with the court both the agreed submission to arbitration (in the case of an arbitration in accordance with the IFLA Scheme, the completed Form ARB1) and the arbitrator's award.

(2) The order should contain recitals to the following effect, suitably adapted to meet the circumstances:


"The documents lodged in relation to this application include the parties' arbitration agreement (Form ARB1), their Form(s) D81, a copy of the arbitrator's award, and a draft of the order which the court is requested to make.

By their Form ARB1 the parties agreed to refer to arbitration the issues described in it which encompass some or all of the financial remedies for which applications are pending in this court; and the parties have invited the court to make an order in agreed terms which reflects the arbitrator's award."

As to the situation where a party seeks to resile from the arbitral award:


"the other party's remedy is to apply to the court using the 'notice to show cause' procedure. The court will no doubt adopt an appropriately robust approach, both to the procedure it adopts in dealing with such a challenge and to the test it applies in deciding the outcome. In accordance with the reasoning in cases such as Xydhias v Xydhias, the parties will almost invariably forfeit the right to anything other than a most abbreviated hearing; only in highly exceptional circumstances is the court likely to permit anything more than a very abbreviated hearing.