Re B: Children giving evidence 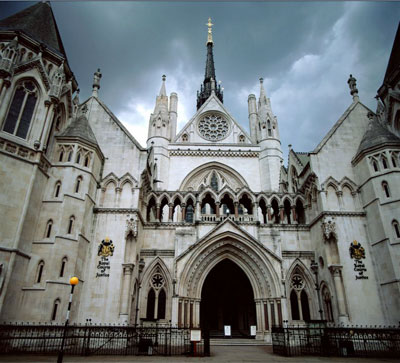 Re B concerned a father's application for contact with his 5 year old son. The mother alleged that the father had been violent towards her during their relationship. Her allegations were considered material to the issue of contact and a fact finding hearing was directed. The mother wanted her older child (a daughter, G, who is now 13 years old) to give evidence at the fact finding hearing about some of the violent incidents, and her application to this end was considered by Judge Cameron on the 12th of February last. She ordered that a Family Court Adviser from CAFCASS should see G to explore matters further and report back. Specifically:


"The order set out what the court wanted the report to cover, namely (1) whether it would be "appropriate and/or within G's best interests or potentially harmful for G" to answer any questions drafted by the parties and/or to attend court to give evidence and be cross-examined, whether by video-link or otherwise, at the fact finding hearing (2) whether G was willing to answer questions or attend a fact finding hearing to give oral evidence and (3) if the Adviser decided it was appropriate to put the questions to G, a report of her answers."

The father appealed against the order.

By the time the proceedings were stayed on the 17th of March the Adviser had seen G and prepared a report. In it she stated that G had told her that she had witnessed a lot of things that the father had done to her mother and did not want anything to happen to her brother. The Adviser recommended that the questions that the parties had drafted should be reworded and reduced in number and also that G "should not be compelled to provide live evidence" and/or "subjected to live cross-examination".

The leading judgment in the Court of Appeal was given by Lady Justice Black. She found that Judge Cameron had followed the principles set out by the Supreme Court in Re W and the subsequent Guidelines in relation to children giving evidence in family proceedings produced by Lord Justice Thorpe's Working Party. The factors that must be taken into account in determining whether a particular child should give evidence, she said, can be divided into two broad categories:


"The first category is concerned with the nature and quality of the evidence (both the child's evidence and the evidence in general) and requires a consideration of what is to be gained, in terms of the fair and accurate determination of the case, from calling the child. The second is concerned with the risk of harm to the child from the process of giving evidence, to which the court must give great weight."

As to the first category:


"I could not dismiss the possibility that G's contribution may be of importance, although without knowing what she would say, it is difficult to form any firm view. It seems to me that the judge was entitled to say that G's evidence was potentially "very much corroborating and supporting what [the mother] says went on""

As to the second category, this does not appear to have been argued specifically on behalf of the father, presumably in the light of the 'step by step' approach of Judge Cameron, and the fact that she had not yet come to a decision about G giving evidence. Lady Justice Black did, however, have the following to say:


"I would not expect our endorsement of Judge Cameron's decision to open the floodgates, leading to a widespread practice of calling children as witnesses in cases such as this one. The Supreme Court did not consider that their decision would lead to children routinely giving evidence, predicting that the outcome of the court's balancing exercise, if it was called upon to adjudicate upon such matters, would be the conclusion that the additional benefits in calling the child would not outweigh the additional harm it would cause him or her. I am sure that the natural sensitivity and caution of the family courts ... can be relied upon to ensure that matters are approached in a way which properly safeguards all the interests involved."

Accordingly, the father's appeal was dismissed.