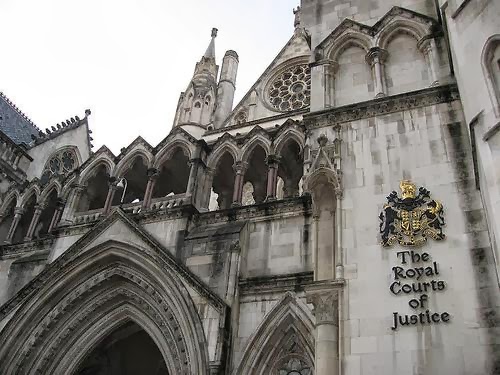 There is nothing really new about Re H-B (Contact) [2015] EWCA Civ 389, handed down today. In fact, it is all too depressingly familiar. It concerned a father's appeal against the refusal of his application for direct contact with his two daughters J and K, now aged 16 and 14, and the making of a s.91(14) order. The appeal was opposed both by the mother and the girls and was, perhaps unsurprisingly, dismissed. However, the comments of the President, Lady Justice Black and Lord Justice Vos aimed at the parents are worthy of note. I am going to pluck them out of their judgments, with little or no commentary.

Before I do so, I should explain that the primary basis of the appeal was that the girls had not been informed of certain findings of fact made by the court in 2010, and had been allowed to persist in the false belief that the father had behaved in a sexually inappropriate manner towards them.

I should also set out a quotation from the judgment appealed against, of His Honour Judge Wildblood QC:


"This case represents one of the most abject failures of parental responsibility by two otherwise intelligent parents that I can remember in 34 years as a family lawyer. In my opinion the mess that these parents have made of their shared responsibility for their children is a disgrace. I predict that it will only be in later life that the manifestations of what these parents have done to their children will become apparent as the children struggle to function as adults following the skewed childhood that their parents have both chosen to give them."

First to give her judgment in the Court of Appeal was Lady Justice Black. Here are some of the things she had to say:


"Sometimes, family cases present problems that regrettably the courts cannot solve despite all their endeavours and this is one such case. It is very sad to see children being avoidably harmed by what is going on in their own family. Like Judge Wildblood, I have no doubt that J and K have been harmed by the events of the last 6 and a half years. It is not just the lack of contact with their father and their wider paternal family that is damaging, although it is beyond question that it is. The whole atmosphere in which they have been living will have harmed them as well and their lives must have been dominated by the protracted litigation between their parents."


"These parents would do well to read the postscript added by McFarlane LJ to his judgment in Re W (Direct Contact), talking about the duties and responsibilities of parenthood in this situation, as would all other parents attempting to sort out arrangements for their child in the aftermath of their own separation. The fact that the courts cannot solve the problems presented by a case such as this one does not mean that they are insoluble. The solution so often lies in the hands of the parents. In this particular case, whatever the rights and wrongs in the past, the parent who is likely now to be able to influence things for the better is the mother. The girls have a close relationship with her and, if she changes her tune, there is a very good chance that they will listen. She owes it to them to try. She also owes it to herself to try because if she does not help the girls to gain a more accurate picture of their father and to make contact with him and his family again, it may have consequences for their relationship with her sooner or later."

Lord Justice Vos had this to say:


"... I was surprised that counsel for the mother submitted that this court should refuse an order for direct contact with the father on the grounds that J and K would not attend any such contact in compliance with such an order. It is part of the mother's parental responsibility to do all in her power to persuade her children to develop good relationships with their father, because that is in their best interests. It is quite unacceptable for the mother to accept, let alone promote, J and K's apparently entrenched opposition to contact with the father and his family. I very much hope that the mother will, once she has digested the judgments of this court, change her approach; that would, I am sure, go a long way towards ameliorating the emotional harm that J and K are suffering or will otherwise suffer."

And finally the President:


"There are occasions, though I hope that the introduction in 2014 of the Child Arrangements Programme will make this increasingly a thing of the past, when a parent can truly say that they have been failed by the family justice system. Shaming examples include Re D (Intractable Contact Dispute: Publicity) [2004] EWHC 727 (Fam), [2004] 1 FLR 1226, and Re A (Intractable Contact Dispute: Human Rights Violations) [2013] EWCA Civ 1104, [2014] 1 FLR 1185. This is not such a case. With all respect to those who might seek to contend otherwise, the stark truth is that responsibility for the deeply saddening and deeply worrying situation in which J and K now find themselves is shared by their parents and by no-one else."

And then the truism all family lawyers know all too well:


"Too often, warring parents focus on their "rights" whilst overlooking or minimising their "duties" and "responsibilities"."


"Both parents share the responsibility, putting it plainly, both parents share the blame. Initially, the preponderant blame probably attached to the father. More recently, the preponderant blame attaches to the mother. Overall, the mother is at least as much to blame as the father, on balance probably rather more. Be that as it may, it is quite obvious as matters stand today, when the reality is that neither J nor K has any meaningful relationship with their father, that it is only the mother who is in any position to move matters on."


"I urge the parents, the mother in particular, to think very carefully about everything we have said, not only in these judgments but also during the hearing of the appeal, when each of them was present in court. Unless they can, as they must, even at this late stage, sort things out and restore the father's relationship with J and K, the future for all of them is bleak. There will be no winners here; all will be losers.

It is simply too dreadful to imagine a future where both parents are estranged from their daughters, where they are cut off from their grandchildren, and where they are left with nothing but regrets and remorse. It is, as I said to them in court, the kind of outcome which haunts me in cases like this. It is a future which does not bear thinking about. It is not yet too late; perhaps this appeal can be the catalyst for change."

Let us hope that it is.
Labels: Children Law Reports