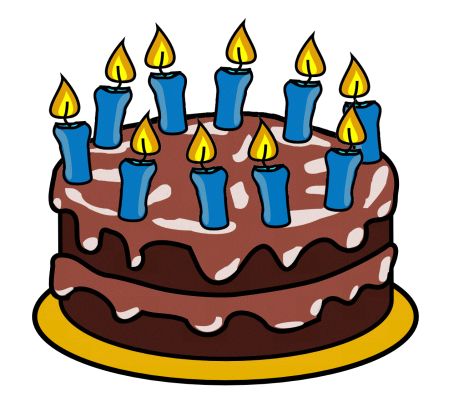 Today marks the tenth anniversary of this blog. There will be no party, although I may sup a glass of wine later...

Meanwhile here, in no particular order, are ten highlights/memories/bits of trivia from the last ten years:

1. As an indication of how old the blog is, the first real post I wrote referred to the alleged plot by Fathers 4 Justice to kidnap Prime Minister Tony Blair's youngest son Leo (who, incidentally, was the first legitimate child born to a serving Prime Minister in over 150 years). Fathers 4 Justice denied any involvement and the whole thing quickly fizzled out. Leo is now 15.

2. I am actually only a co-author of this blog. My other co-author is Muhammad the cat, named in honour of the Sudanese teddy bear blasphemy case in 2007. Muhammad helped me write a series of posts here starting in 2007 but, being a very sensible cat, he retired from blogging in 2009.

3. The blog has also been greatly supported by the country's top family law firm, Venal & Grabbit. Never shy of an opportunity for cheap publicity to promote the image of family lawyers, Senior Partner Edgar Venal was a regular contributor here, at least until he bought was granted a peerage, since when he says that he "hasn't had the time to deal with the little people".

4. Edgar Venal was also the central character in one of the most pleasurable things I have written on Family Lore, the 'novella' Bleak Spouse. In fact, I so enjoyed writing it that I followed it up with three other stories: The Firm, The Rainmaker and And Justice For None. I've no idea how many people read the stories (see point 9 below), but they were a light relief for me from the nitty gritty of family law in the real world.

5. I effectively stopped allowing comments on the blog about three years back. The reason for this was that about 90% of the comments comprised spam, requests for free advice and people using this blog as a platform for their tedious 'corrupt family courts' mantra. There was very little that could be called reasonable debate. Having dealt with the nonsense for about seven years I decided that I had better things to do with my time.

6. The 29th of July 2009 was a momentous day, when I left practice. I vowed never to return, and have kept that vow. Instead, I have since been working as a freelance writer on family law, here and elsewhere (see point 10 below). I can honestly say that I have not for one moment regretted my decision.

7. For nearly four years I awarded a Post of the Month Oscar to the best law blog post I came across each month. The feature seemed to be quite popular (at least with the award winners), but it really belonged to a time when law blogs were personal things, rather than commercial tools, as most now are. The feature therefore seemed to lose relevance and I consigned it to blogging history in 2012.

8. The most popular post in the blog's ten years was probably Consent Order Conundrum, I have no idea how many pageviews it has received in total (see next point), but it attracted 105 comments. In the end replying to the comments was simply taking up too much of my time (see point 5 above), and I had to stop allowing comments on the post. Despite dating back to October 2006, the post still apparently receives a fair few pageviews each month.

9. I have long since stopped worrying about stats for the blog, However, at some point Google (who own Blogger, the platform that the blog uses) started providing some basic stats. Those show that since that point the blog has had over one and a half million pageviews. The total number of pageviews for the blog is therefore something in excess of that figure. Exactly how much, I neither know nor care.

10. Finally, since 2013 I have been writing daily (well, weekdays at least) for the excellent Marilyn Stowe Family Law & Divorce Blog. Marilyn saw something in my writing (I'm not quite sure what) and I will be eternally grateful for her giving me the opportunity to write for her. Hopefully, the posts I have written, or at least some of them, have been of interest.
Labels: Blogs