Re Davies: Family found in contempt for failure to comply with location order 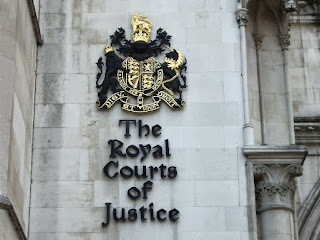 Only yesterday I wrote a post on the Marilyn Stowe Blog about the ECHR case Pakhomova v Russia, which involved a father taking the child from the mother and refusing to disclose the child's whereabouts. 'Anonymous', obviously with a fathers' rights chip on his shoulder, commented on that post by suggesting that such a case would not be noted if it were the mother taking the child, as it is considered that "this is just fine".

It most certainly is not, as a mother's family have found to their cost in Re Davies [2013] EWHC 3294 (Fam), reported today on Bailii.

The case concerned a five year old girl whose parents were not married. A contact order was made in favour of the father in June 2011. In March 2011 the mother applied for a cessation of contact, claiming that she had to move abroad to find work. Sometime after that, she left the jurisdiction, taking the child with her. Enquiries by the Tipstaff suggest she flew to Russia.

The father attempted to enforce the contact order, and subsequently applied for wardship. Eventually, on the 8th of October 2013 the High Court made a location order. The maternal grandmother was ordered to attend court to give all and any information within her knowledge as to the current whereabouts of the child and of the mother.She attended court along with her husband and gave evidence to the effect that she had no idea where her daughter was, and had no means of contacting her.

The location order was then served upon the mother's sister by the police, who suspected she was in breach of the order and indicated that they were minded to arrest her. The maternal grandparents were called to look after the sister's child. At that point, the Police Sergeant explained to all three of them the reason they were there and urged them to provide any information in order to prevent the arrest of the sister. The Police Sergeant stated that the grandmother then said loudly, 'I can't, I can't, I won't. They'll take the baby away'.

All three were subsequently arrested and brought before Mr Justice Keehan. After hearing their evidence he was in no doubt that they were all lying, for one reason: they knew full well where the mother and child were, but refused to tell the court because they did not want to assist in any respect in the attempt to try and secure the return of the child to the jurisdiction of the court. He was satisfied that they also had the means of communicating with the mother but they had sought to obfuscate that position and they had not told him the truth about the communications that they had had with her.

Accordingly, he found all three to be in contempt of court. Sentencing was adjourned, to enable them to obtain legal representation. Meanwhile, all three were remanded in custody, with the proviso that if any of them wished to provide the information as to the mother's whereabouts that Mr Justice Keehan was sure they had, they were entitled to apply to purge their contempt.
Labels: Children Law Reports