Confused by all the changes coming in on the 22nd? Where to find the answers. 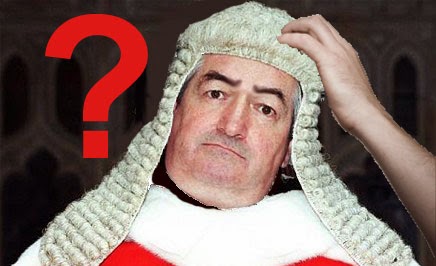 We may be on the cusp of history, but there are an awful lot of changes happening in family law, and an unprecedented amount of new material for practitioners to assimilate. Thankfully, however, there are a number of good resources around the net, which should make the task just a little bit easier. I thought I would set out here all of the ones that I have found, together with links to original materials.

Family Law Hub - A summary of the key changes for finance and divorce cases that will kick in with implementation of the single Family Court, including the distribution of business.

The single Family Court – essential update - A useful, and occasionally amusing, update "designed to give family law professionals a summary the key changes happening on 22 April 2014."

MIAMS - essential update -  This article summarises the essential points you need to know about MIAMs for the 22 April 2014.

What do you need to know about the updated family court forms? - Updated court forms anticipated to take effect from 22 April 2014.

Child Arrangements Programme (PD 12B) – essential update - Some of the salient points to note in the CAP.

A consolidated version of the FPR is available here.

And then we have all of the other original source materials, including the statutes...

...and the statutory instruments (which I will leave to explain themselves):

The Family Procedure (Amendment No. 3) Rules 2014 - These Rules amend the Family Procedure Rules. The amendments made to the FPR 2010 by these Rules are made under or in consequence of and to support certain provisions of the Children and Families Act 2014. The amendments also adjust service rules applicable to certain private law children proceedings.

The Family Court (Constitution of Committees: Family Panels) Rules 2014 - These Rules make provision for the formation of family panels and for their meetings, chairmen and deputy chairmen and functions.

The Child Arrangements Order (Consequential Amendments to Subordinate Legislation) Order 2014 - This Order makes amendments to secondary legislation in consequence of section 12 of the Children and Families Act 2014, which removes the definition of “residence order” and “contact order” in section 8(1) of the Children Act 1989 and replaces it with a new order, the “child arrangements order”.

The Children and Families Act 2014 (Commencement No. 1) Order 2014 - This Order brings sections 10 (Family mediation information and assessment meetings), 13 (Control of expert evidence, and of assessments, in children proceedings) and 17 (Repeal of restrictions on divorce and dissolution etc where there are children) of the Children and Families Act 2014 into force on 22nd April 2014.

The Family Procedure (Amendment No. 2) Rules 2014 - These Rules amend the Family Procedure Rules 2010. The amendments made to the FPR 2010 by rules 3 to 44 of these Rules are made to reflect the creation of the family court, to insert a new Part 37, and to make some adjustments to the appeals rules in Part 30.

The Access to Justice Act 1999 (Destination of Appeals) (Family Proceedings) Order 2014 - This Order provides for the routes of appeal from decisions of certain types of judges or other office holders sitting in the family court.

For more on the SIs coming into force on 22 April, see this article on Family Law Week.

And if you weren't confused before reading all of those, I'm sure you are now.
Labels: Family Justice System