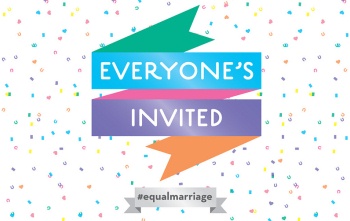 It was all a bit of an anti-climax in the end. The Marriage (Same Sex Couples) Bill 2012-13 passed its second reading in the House of Commons last night by a whopping 400 - 175 majority.

I didn't watch all of the debate, but I was impressed by Nick Herbert's contribution ("Are the marriages of millions of straight people about to be threatened because a few thousand gay people are permitted to join? What will they say? "Darling, our marriage is over: Sir Elton John has just got engaged to David Furnish"?"). On the other hand, Sir Roger Gale's contribution was, well, rather less impressive:


"A way forward has been suggested, but it has been ignored. I do not subscribe to it myself, but I recognise the merit in the argument. The argument is that if the Government are serious about this measure, they should withdraw the Bill, abolish the Civil Partnership Act 2004, abolish civil marriage and create a civil union Bill that applies to all people, irrespective of their sexuality or relationship. That means that brothers and brothers, sisters and sisters and brothers and sisters would be included as well. That would be a way forward. This is not."

Moving swiftly on, will the Bill make any difference? As any regular reader will know, I have long been a supporter of gay marriage, so my answer may come as a surprise: No, I don't think it will make much difference at all to most people, at least not in any 'concrete' way. It will hopefully bring joy to the gay population, but they are only a very small proportion of the population (this ONS survey suggested as few as 1.4% of the population identifies as lesbian, gay or bisexual, although I suspect the real number is a little higher).

On the other hand, the vast majority of the population will not notice much, if any, difference, irrespective of their views on gay marriage. They will still be able to marry if they wish and the marriages of gay people will not affect them at all. What I hope will change, however, is the perception of gay people amongst the population as a whole. No longer will they be excluded from one of society's most important institutions. Instead, they will be treated in the same way as everyone else. The Bill is surely a considerable step towards a more equal and inclusive society.

The Bill will now proceed to committee stage. Quite what the Lords (especially the anachronistic Lords Spiritual) will make of it, we will have to see.