Fun times ahead at the PRFD? 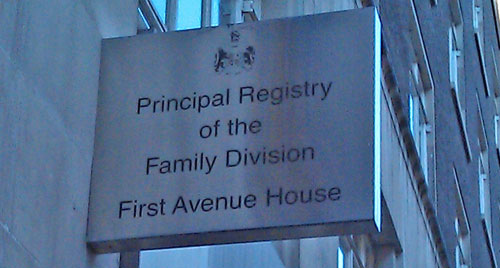 I have received information regarding the future of the Principal Registry, and it makes grim reading. The facts, as given to a meeting of the First Avenue House Advisory Group on the 5th of March include the following:


So, unless the new East London court is ready and the allocation policy is implemented before the changes to the PRFD are carried out, 25 courts will have to do the work of 32.

But that is not the end of the good news. In fact, it is not the worst of it, as the meeting was also told that the number of district judges at the Registry is to be reduced from 20 to 12 (or even fewer).

And all of this as:


(a) Courts are being urged to deal with matters more quickly; and

(b) The courts are about to be inundated with 'litigants in person' (not 'self-represented litigants'), with the abolition of legal aid for most private family law matters on the 1st of April.