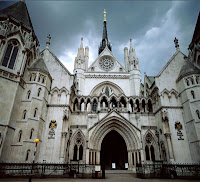 This case has already received considerable attention in the media (see, for example, here), but I thought it was still worth a mention here, at least in respect of the remarks of Mr Justice Holman regarding the parties' "financial suicide" concerning costs.

The case is yet another example of a jurisdiction dispute, with the wife wanting to issue here, in the hope of getting a more favourable settlement than in India, where the husband was hoping to obtain a divorce. Unfortunately, the jurisdiction dispute and litigation about their child, Ishaan,has run up an eye-watering £860,000 in combined costs. I will quote what Mr justice Holman has to say on the matter of costs in full:


"Since [the parties separated] they have each spent the staggering sum of about £430,000 on worldwide legal costs in England, Singapore and India - a combined total of over £860,000 (a significant part of those costs relates to litigation about Ishaan). At a hearing on 15 May 2013 I begged these parties to resolve their differences, and I referred in paragraph 12 of my short judgment to financial suicide. At paragraph 4 of my formal order that day I urged and beseeched the parties to travel to London and attend the present hearing "so that … they can be helped to settle all or as much as possible of the financial issues in this case". Neither party was personally present on 15 May 2013, each being in Singapore, but they will have seen the order and the transcripts of the judgment and, indeed, of the whole hearing.

At the outset of, and again during the course of, the present hearing I have repeatedly urged the parties to stand back from the fray and to focus on settling the relatively straightforward financial issues. There is very little dispute about the income or assets, and I expressly pointed out that during the hearing there was obvious litigation risk for each party as to the outcome on jurisdiction. It was thus a particularly good moment to seek to compromise. I made the same point on 15 May - see the transcript of my judgment at internal page 78. They have not been able to do so. The sustained forensic struggle throughout the hearing was painful to observe.

Paragraph 11 of my judgment of 15 May records that at that date the estimated combined costs worldwide, to the end of the present hearing, was £600,000. So actually have already exceeded that estimate by a staggering £260,000. Mr Timothy Scott QC, on behalf of the husband, commented to the effect that costs estimates are notoriously unreliable. This is not marginal unreliability. This is a costs overshoot of no less than a quarter of a million pounds in the space of just two months. These parties are successful and prosperous, but they are not multi-millionaires. Their total net wealth is around £4 million. That they have already committed nearly one-quarter of that wealth to highly charged litigation, and an atmosphere of intense emotion day after day in the courtroom, merely serves to underline the tragedy.

During the course of his oral evidence, the husband acknowledged that the present battleground as to jurisdiction was motivated by his "perception as to the pay-out". Of course, there is an equal perception by the wife that she would receive more financial provision after a divorce here than in India, where the husband is seeking to litigate and obtain a divorce. Wherever they are divorced, there are obvious both strengths and weaknesses to any financial claim by the wife. The obvious weaknesses are that the marriage was a very short one and such wealth as there is is almost all in investment properties already owned by the husband before the parties ever met. The strengths are the dependence now of Ishaan upon the wife and the undoubted severe, even if temporary, setback to the wife's career that has flowed from the marriage and the move to Singapore and from its breakdown. Somewhere the husband will have to make fair provision for the wife. How tragic that instead of concentrating on that need and issue so much of the firepower has been directed to the issue of jurisdiction."

After that, it seems almost incidental to say that Mr Justice Holman found that the parties were domiciled in England and Wales and that therefore the court has jurisdiction to entertain the wife's petition.
Labels: Divorce Law Reports