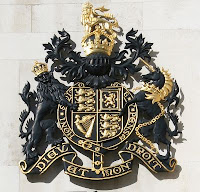 A short note regarding TB v DB, a residence dispute in which the mother carried out a "concerted campaign against the father and to thwart contact between the child and the father".

The judgment is in two parts: the first regarding a fact finding hearing concerning various serious allegations of abuse made by the mother against the father and his brother. All of those allegations were found to be unsubstantiated.

The second part of the judgment deals with the issue of whether the present shared residence order should continue or whether the father should be granted sole residence. Mr Michael Keehan QC, hearing the case, found firmly in favour of the latter. He said:


"I found ... against the mother, particularly involving as extensively as she did [the child] in some of the most serious allegations that can be made against a father and against a family member (which I found to be part of a sustained campaign against the father enjoying a full and unbroken relationship with his child) are extremely serious findings. If they were to be repeated in whatever form in the future they would undoubtedly and increasingly cause serious emotional and psychological harm to the child."

He considered that if the shared residence order were to continue then the risk of repetition was too great:


"I regret that I have no confidence at all that if the shared residence order remained in force there would not be some event, some action or some allegation that would be made by the mother that would bring this matter back to this court. And, in the meantime, once again, the relationship between [the child] and his father will have been disrupted."

Accordingly, he granted the father sole residence, with contact in favour of the mother.
Labels: Children Law Reports