I shall begin with an illuminating exchange on Twitter last weekend, referring to the Ministry of Justice 'Legal aid for victims of domestic violence' advice page, which makes no mention of DV against husbands:


@peternewman79 @dickysouray Violence in the home is not a one way street.
— Marilyn Stowe (@marilynstowe) July 28, 2013

An oft-forgotten point - as we have long known, but as is still all too often ignored, a large proportion of DV victims are men (Marilyn has since blogged about this, here).

Still on the subject of domestic violence, I was pleased to read the news that the Home Office has issued guidance to the effect that people with a history of DV should be prevented from owning a firearm. This takes me back to an extremely worrying case I dealt with in my very early days as a family lawyer, when a client who had suffered DV told me that her partner kept a shotgun in their home.

On Monday the Department for Work and Pensions (initialism: 'DWP') proudly announced that the new Child Maintenance Service (initialism: 'CMS') was reaching its next stage, by opening to new applicants with two or more children. We were told that the CMS will gradually replace the Child Support Agency (initialism: 'CSA') and that:


"The CMS is designed to be a safety net for difficult cases where parents are unable to work things out between themselves."

Something tells me it is going to have to be a pretty big safety net...

Tuesday, his seventy-fifth birthday, brought the retirement of Lord Justice Thorpe, the Head of International Family Justice for England and Wales and surely one of the best-known and busiest family judges of the last two decades. Reading family law Court of Appeal cases just won't be the same without the almost ubiquitous Lord Justice Thorpe judgment. I wish him a long and happy retirement.

Tuesday also brought a report in the Daily Mail that Nigella Lawson and Charles Saatchi were to be divorced on Wednesday:


"The 'quickie divorce' will be heard at 10.30am - and means the couple's 10-year-marriage could be over in a matter of minutes."

Hmm, not entirely accurate. Still, this is the Daily Fail Mail (although they weren't the only ones guilty of this error, and some of the other culprits really should have known better).

In an attempt to stem the flow of potential clients rushing off for 'quickie divorces' à la Nigella, The Law Society issued a warning to 'ordinary couples' (whoever they are) to the effect that celebrity quickie divorces were unrealistic for lesser mortals:


"The reality is that few couples are in the privileged position of Lawson and Saatchi, both of whom are wealthy enough to proceed with an undefended divorce, which doesn't involve the division of mutual assets accumulated from the beginning of the relationship."

So make sure you instruct a solicitor! 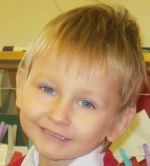 The saddest story of the week was, of course, the trial of the mother and stepfather of Daniel Pelka, with its harrowing details of a young life brutally cut short. Of course, the media and politicians' witch-hunt for scapegoats has already begun, unable to wait at least until the serious case review has been carried out (by which time the media will no doubt have moved on to the next big story). I noted with interest the comments of Andrew Webb, the President of the Association of Directors of Children’s Services, to the effect that it is impossible to prevent all child deaths. He has been accused of 'defeatism', but I would call it 'realism'. I am fed up with people saying such crass things as that "we must make sure it never happens again". Well, of course we can never do that - all we can do is learn from mistakes and do our best to prevent it happening again.

It's never over 'til the referee blows the whistle, so I would like to end this post on a lighter note by recommending this excellent post by BabyBarista, in which TheVamp suggests summing up in the style of a football manager. Have a good weekend.
Labels: Friday Review