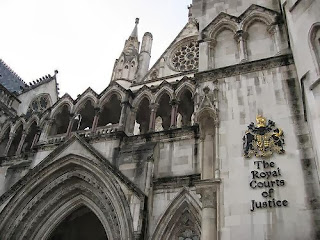 Ah, Edgar v Edgar, a case that will bring back pleasant memories of many a family lawyer's student days. Or maybe not.

The brief judgment in TW v PL [2013] EWHC 3078 (Fam), published on Bailii today, dealt with the issue of whether an agreement reached between the parties amounted to an 'Edgar agreement' and was therefore binding upon the parties.

The facts of TW v PL can be stated quickly: the parties agreed to settle the mother's Schedule 1 claim, and a draft order was drawn up by the father's solicitor. The mother then gave an interview to a popular magazine in which she made reference to the father, and to his approach towards the child, of whom he had denied paternity, until a DNA test proved otherwise. The father then sought to withdraw from the agreement, on the basis that the interview given by the mother to the magazine was in breach of various undertakings that the parties had agreed should be incorporated into the agreement.

The matter came before Mr Justice Keehan (as he now is - the TB v DB case I reported upon yesterday was heard just before he was appointed a Justice of the High Court), who found that the mother could not have breached any undertaking, as the agreement had not been signed by the father or approved by the court.

However, the agreement did fall within Edgar (and Xydias) - it was a concluded agreement to which the parties were bound and, as there were no vitiating factors, the father had no grounds for seeking to renege on it.

Mr Justice Keehan therefore approved the agreement and made it into a court order. He did, however, give a warning to the mother:


"She must fully understand this agreement now having been made a court order, those undertakings that she has given are binding upon her and are enforceable and if in further course a court finds that she is in breach of one or more of those undertakings, then she exposes herself and will be liable to punishment by the court either by way of a financial penalty or, at the extreme, by way of imprisonment."