S v S: Non-disclosure only material if order would have been substantially different 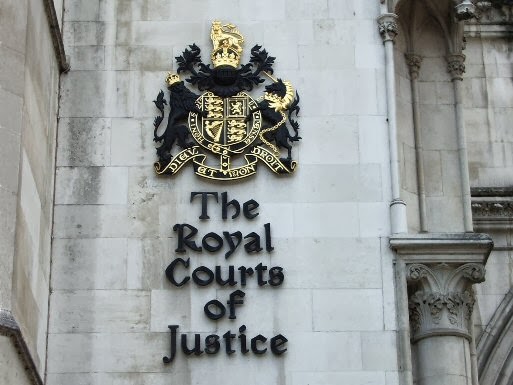 The facts were stated by Lord Justice Moore-Bick:


"The claim had come on for hearing before Sir Hugh [Bennett] in Liverpool on 9th July 2012. On 13th July, by which time both the husband and the wife had given evidence, the parties were able to reach agreement and the hearing was brought to an end. By 25th July the terms of a draft order had been settled and approved by the judge. However, on 30th August the wife's solicitors made an urgent request to the court not to seal the order and in due course the wife made an application to resume the hearing of her claim on the grounds that her agreement to the proposed order had been obtained by fraudulent non-disclosure on the part of the husband. The matters which it was said he had failed to disclose concerned arrangements then being made to float on one of the New York stock exchanges by means of an initial public offering ("IPO") a successful company, [a company name] Ltd, (referred to by the judge as "X Co.") of which he owned about two thirds of the shares."


"The value of the husband's shares depended in part on when and in what manner he was able to sell them. One, but by no means the only, way in which that might come about, was through an IPO. The husband's evidence at the hearing was that although in theory such a step might be taken at any time, it was most unlikely that there would be an IPO (or any other step leading to a disposal of his shares) in less than 3 years time and probably not until 5-7 years into the future."

The wife's application to resume the hearing was based on her discovery that, contrary to what he had said in evidence, the husband had been holding discussions with various investment bankers earlier in 2012 as part of active preparations for an IPO of the company.

In a judgment delivered on 29th April 2013 Sir Hugh Bennett found that the husband's evidence at the hearing in July 2012 had been seriously misleading, indeed dishonest, because, contrary to his assertion that no disposal of any kind was likely for at least three years, planning for an IPO in early 2013 had been in full swing from January to August 2012.

However, Sir Hugh then referred to the following passage in Lord Brandon's speech in Livesey v Jenkins:


"It is not every failure of frank and full disclosure which would justify a court in setting aside an order of the kind concerned in this appeal. On the contrary, it will only be in cases when the absence of full and frank disclosure has led to the court making, either in contested proceedings or by consent, an order which is substantially different from the order which it would have made if such disclosure had taken place that a case for setting aside can possibly be made good. Parties who apply to set aside orders on the ground of failure to disclose some relatively minor matter or matters, the disclosure of which would not have made any substantial difference to the order which the court would have made or approved, are likely to find their applications being summarily dismissed, with costs against them, or, if they are legally aided, against the legal aid fund."

He concluded that any order which would have been made if proper disclosure had taken place would not have been substantially different from the heads of agreement incorporated into the draft, unsealed order which he approved. Accordingly, notwithstanding that the husband was guilty of non-disclosure, in all the circumstances he concluded that the non-disclosure was not material. Accordingly, the wife's application was dismissed.


"Deplorable though his conduct may have been, I do not think that the husband's dishonesty adds anything of significance to the case, although it may be a matter to be taken into account when the court comes to consider the question of costs."


"It may be unusual for a judge to conclude that despite a deliberate failure by one party to give full and frank disclosure the resulting order should not be set aside, but ultimately that must depend on the nature of the non-disclosure and its effect on the outcome of the proceedings. In this case the husband's non-disclosure was deliberate and dishonest, but because of the rather unusual circumstances there were good reasons for concluding that it had not resulted in an order significantly different from that which the court would otherwise have made at the conclusion of the proceedings. In my view the judge was entitled to hold that the wife had not made out sufficient grounds for re-opening the hearing. That called for an exercise of judgment on his part and in my view his decision was one that was open to him."

Accordingly, he dismissed the appeal.

Lord Justice Briggs reached the opposite conclusion. He considered that the judge had underrated the significance of the fact that the husband's conduct was fraudulent, that he wrongly derived a special rule or principle from the final paragraph of Lord Brandon's speech in Livesey case, or at least misapplied it, and that he overrode the wife's right to a fair hearing of her claim.

Lady Justice Macur agreed with Lord Justice Moore-Bick. She pointed out that:


"...the husband is, and will be, rightly subject to the opprobrium of this and the lower court and law abiding members of the public generally and may be subjected to criminal prosecution, civil contempt proceedings and/or a costs penalty. In these latter respects the abuse of the court process is penalised and deterrent measures achieved."

She concluded with this rationale:


"Litigants may lie for any number of reasons and not necessarily to obscure assets or the proper evaluation of an ex-spouse or partner's claim. It is not unknown for the wealthiest of litigants to fraudulently conceal comparatively small amounts to conceal the source or existence of an undisclosed and covert lifestyle. The amount might be inconsequential in the scheme of things but on the basis of my lord's judgment would require any award to be set aside. The court system would grind increasingly slowly. The impact would be more far reaching than upon the parties concerned."