Kinship carers left in the dark - without legal advice and representation 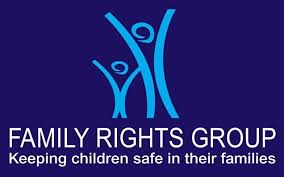 The legal status of the kinship child has significant and lasting ramifications as to whether or not the child is entitled to support and the kinship carer to a financial allowance. However, the survey results reveal:

“There are now more children in the care system than at any time since 1985. The system has been described as being in crisis. A Care Crisis Review we facilitated in 2018 found that a culture of blame, shame and fear has permeated the child welfare and family justice system. This inhibits partnership working between the state and families, yet partnership working is in the interests of children. Today’s report illustrates how many kinship carers experience an environment in which they feel done to, cajoled and put upon, despite trying to do their best for the children.

The survey found, for example, that many kinship carers felt pressurised by local authorities into giving up work, even though this pushed them into poverty, or they felt coerced into agreeing to a particular legal order for the child, even though it led to a loss in support.

Whilst the children are often doing well in their care, this can be at the expense of kinship carers’ own finances, relationships and even health. However, kinship carers feel this is too rarely recognised by children’s services, public agencies or government. They love their kinship child or kinship children and they put their needs first, and in doing so they save the state significant amounts of monies, but the public agencies that should be there to help, too often make life more stressful.“


A quarter of the kinship children had been placed with an unrelated foster carer (i.e. a foster carer who is neither their family member nor friend of the family) before going to live with the kinship carer. Some kinship carers commented that the children could have avoided multiple placements, including with strangers, if the local authority had started working with the child’s family earlier to identify and support the kinship placement where the child was now living.

The report sets out a series of recommendations aimed at:


The recommendations include a call on the Government to: