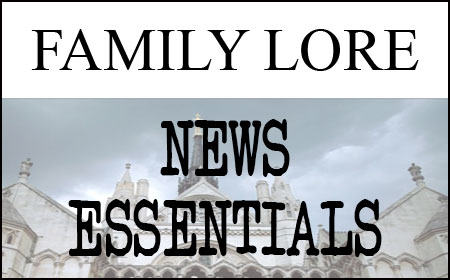 Haskell v Haskell [2020] EWFC 9 (13 February 2020)
Judgment on the wife's claim for financial remedies. Mostyn: "The clear view I have formed is that the husband is exceedingly astute commercially who is presently forging a change of direction in his business activities. A snapshot at the present time would not be a realistic way of looking at his resources." Full report: Bailii.

Peers alarmed at Henry VIII powers in divorce bill
The House of Lords has urged the government to chop elements of the divorce bill that would enable the lord chancellor to radically alter the reforms without parliamentary scrutiny. Full story: Law Society Gazette.

Study suggests mortality from all causes over 40% higher in female domestic abuse survivors
Women who have experienced domestic abuse appear to be more than 40 per cent more likely to die from any cause compared to the general population, a study led by the Universities of Warwick and Birmingham suggests. Full story: Care Appointments.
Labels: News Essentials