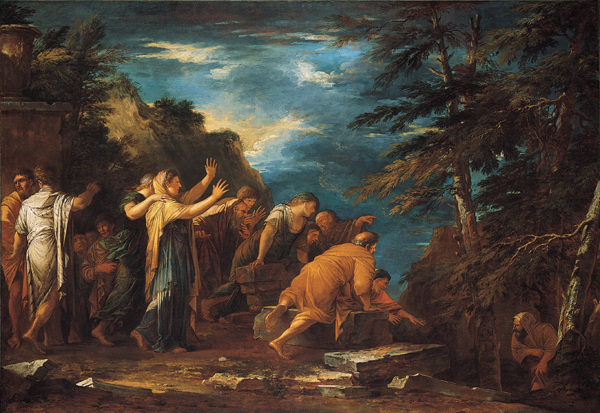 When I see a case with a name like Re S (Parental Alienation: Cult) appear on Bailii I am filled with a mixture of curiosity and trepidation. And those feelings proved well-founded when I read the judgment.

As Lord Justice Peter Jackson, giving the leading judgment of the Court of Appeal, explained, the judgment concerned an appeal by a father from the refusal of his application for a child arrangements order to be varied to provide for his 9-year-old daughter to live with him. He went on:

"The existing order provided for the child Lara (not her real name) to share her time equally between her parents' homes, but that has not reliably happened for some time. The trial judge, HHJ Meston QC accepted the entirety of the father's case about the cause of the difficulties in this family. He found that a process of alienation of Lara from her father had begun in the context of the mother's adherence to Universal Medicine, an organisation founded in Australia in 1999 by Serge Benhayon and held by the judge to be a cult. Nonetheless, the judge left the previous order in place. The father now appeals on the basis that the decision does not address the growing harm the child is suffering."

I do not wish to say very much about 'Universal Medicine', save that it is an organisation founded in Australia in 1999 by one Serge Benhayon. According to Wikipedia, Mr Benhayon has apparently claimed himself to be the reincarnation of (amongst others) Leonardo da Vinci and Pythagoras, hence the image above. The cult imposes strict dietary limitations upon its followers, and its followers are encouraged to think that its beliefs cannot be understood by non-followers, with the result that many marriages in which only one party is a follower "collapse under the weight".

The facts of the case were that the parents met in 2009 and formed a relationship in 2010. Lara was born in 2011. The parents separated about a year later, when the father moved out of the family home. Contact initially took place for a few hours at a time, increasing over time to alternate weekends.

At the time of the separation in early 2012, the mother became an adherent of Universal Medicine. She engaged in monthly sessions with a 'healer', cut gluten and dairy from her and Lara's diet, and attended events at 'The Lighthouse' in Somerset, the organisation's European base, sometimes taking Lara with her.

In February 2015 the father contacted the local authority to express concerns dating back to 2012. These included issues about Lara's tiredness and restricted diet, inconsistency of contact, and the influence of the cult upon the mother's idea of parenting and thinking. A child and family assessment was carried out. The social worker's conclusion was that the mother had somewhat fixed ideas about parenting, but these did not amount to a safeguarding concern.

Later in 2015 the father applied for a child arrangements order, in which he sought a shared care arrangement for Lara and a specific issue order to prevent Lara from having any further contact with Universal Medicine, which he considered to be a form of brainwashing.

The father, concerned that the mother was not adhering to the prohibited steps order, and about restriction of Lara's diet, issued his current application in January 2019, seeking the variation of the 2017 order and citing the mother's continued involvement in Universal Medicine and its impact on Lara. He sought an order that Lara should live with him and spend time with her mother on condition that she adhere to the prohibited steps order.

The application was heard last November. Judge Meeston identified an immediate risk to Lara's welfare arising from the mother's adherence to Universal Medicine, but found that, apart from the influences of Universal Medicine, the mother was a good parent. He concluded that it was in the best interests of Lara to continue the arrangements for her under the order made in 2017. He therefore refused the father's application. The father appealed.

The Court of Appeal considered that Judge Meeston had fallen into error. Firstly, there had been no sign that the mother actually wanted to distance herself and Lara from Universal Medicine, and in these circumstances her repeated unsupported assurances that she would do anything that was required of her to keep the care of Lara could carry very little weight. Secondly, having found that a process of alienation had started to occur, he did not take effective steps to counter it. Thirdly, whilst he correctly reminded himself that he was concerned with Lara's medium to long term welfare, he did not bring that objective sufficiently into account when reaching his conclusion.

"We infer that [Judge Meeston] found that the harm arising from a move to the father's care would outweigh all other forms of harm. In our view, that minimised the continuing and untreated harm to Lara from Universal Medicine and from the developing parental alienation while at the same time it gave inordinate weight to the disadvantages of change designed to address the deep-seated problems within the family."

The full judgment may be found here.