Wither to or not: Acting for both parties - a good idea, or a recipe for disaster? 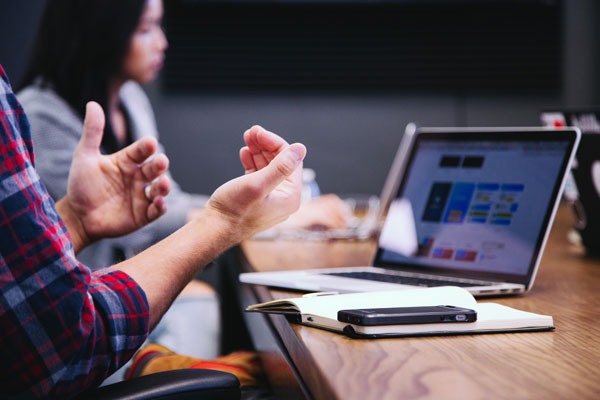 Legal Futures reports that 'leading private client firm' Withers has launched a new service for couples wanting an amicable separation without instructing separate lawyers. As Legal Futures points out, this is not the first such service, and I understand that at least one other firm is planning to introduce something similar.

I realise that law firms are keen to find new revenue streams, but is this a good idea, or a recipe for disaster?

To an old-timer like me the whole idea of acting for two parties in a divorce or separation is anathema. After all, the SRA Code of Conduct (paragraph 6.2) is clear enough: You do not act in relation to a matter or a particular aspect of it if you have a conflict of interest (i.e. where your separate duties to act in the best interests of two or more clients in relation to the same or a related matters conflict) or a significant risk of such a conflict in relation to that matter or aspect of it.

Surely, that is the end of the matter? Isn't there by definition a conflict in a separation situation, therefore a breach of the rule, with the potential for disciplinary action against the solicitor?

Well, that's not quite the end of the matter. Paragraph 6.2 goes on to state that you may nevertheless act where:

(a) the clients have a substantially common interest in relation to the matter or the aspect of it, as appropriate; or

(b) the clients are competing for the same objective,and the conditions below are met, namely that:

(i) all the clients have given informed consent, given or evidenced in writing, to you acting;

(ii) where appropriate, you put in place effective safeguards to protect your clients' confidential information; and

(iii) you are satisfied it is reasonable for you to act for all the clients.

Further, as Legal Futures also points out, Mr Justice Mostyn no less has of course held that a firm that drew up a financial remedy consent order for a couple did not breach the rule. In his judgment the fact that the firm had established a system of "red flags" which are hoisted when certain circumstances are revealed which might well give rise to a conflict of interest (e.g. domestic abuse, one party unprepared to negotiate, etc.) entirely neutralised the risk of any conflict arising.

And what do Withers say? Well, unless I have missed it, there is not much detail on their website, which calls the new service 'The Withers separation model'. "We have pioneered a new and unique, flexible approach", they say, "which guides couples towards an outcome without the need to go to court; which allows a separating couple to work with one team, from start to finish, under one roof, within a quicker more cost effective service".

OK, I can understand that if the parties truly are amicable (to use the name of the firm in the Mostyn judgment) then there are potential benefits to such a model, in particular a quick outcome and savings in lawyers’ fees.

However, there are surely also risks.

The crux of the matter is that a lawyer must give advice as to what is the best outcome for each party. Obviously, that will often not be the same outcome for both parties, particularly in financial remedy cases. If acting for one party only, in most financial remedy cases the same lawyer is likely to give different advice to each party. How does this work if they are acting for both parties? Do you just not give advice? Surely, all clients need at least some advice? And if it is given then surely the lawyer is in precisely the position that the conflict of interest rule is designed to avoid?

And it's all very well saying that the parties are amicable, but as any family lawyer will attest, it can often take only the slightest issue to transform amicability into outright hostility. Amicability is not necessarily a permanent state of affairs. "Red flags" are all well and good, but they are by definition waved 'after the event'. The conflict has already occurred, and the rule may have been broken.

But then, you might ask, has damage occurred? The parties will be sent away to two different lawyers, and the matter will proceed in the 'traditional', adversarial, way. Well, I suppose there will be no damage, so long as the 'joint model' lawyer has not given advice or taken any steps that are to the detriment of one of the parties, but that is a very fine line to tread.

I realise that these days many people who have an interest in family justice are actively seeking a 'better way', and perhaps such a model may be one example of this. As I say,maybe I am a bit of a dinosaur, and maybe I'm just being overly careful, but it seems to me that the model is not without dangers, and could even be a recipe for disaster.