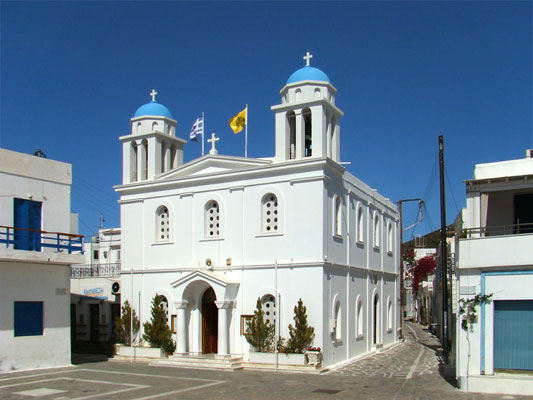 It is obviously not unexpected that a parent whose child is wrongfully removed from this country should take every step available to them to secure the child's return as soon as possible. But what if they have made an application under the Hague Convention, but then seek to 'pre-empt' that application by asking the court here to order the return?

The question was raised in the case N (a child), the judgment in which was handed down today by Mr Justice Mostyn.

The relevant facts were that the parents were both Greek. They have one child, 'N', who is now aged eleven. The parents' relationship broke down 2017. It was agreed that N would live with his mother. Mostyn J takes up the story:

"The father came to London in 2017. The mother and N followed in January 2018. Although the mother and father lived under the same roof, they did not resume their emotional relationship. N became fully integrated into London life, attending school here and otherwise becoming fully socially assimilated. Plainly, by 20 March 2020 N had established his habitual residence here in London.

"By 20 March 2020 the coronavirus pandemic had taken grip here. On that day, which was three days before the Prime Minister announced the national lockdown, the mother unilaterally removed N to her mother's home on the island of Paros. She did so in the belief that she and N would be much safer from the virus there. That may well have been a valid view, it being common knowledge that by virtue of pre-emptive action Greece has a much lower rate of infection and mortality than this country. However, that does not justify, in the slightest, what was a wrongful removal of N from the place of his habitual residence and, more importantly, from his father."

The father issued his Hague application, which is awaiting hearing in Greece. He also issued an application here, seeking:

i) a declaration that the child, N, is habitually resident in England and Wales and was on the 21 March 2020;

ii) a specific issue order for the mother to return the child to England forthwith;

iii) a prohibited steps order preventing the mother from removing the child from England once he returned to England and Wales, until the conclusion of these proceedings;

iv) a specific issue order requiring the mother to lodge the child's passport and travel documents with the father's solicitors, until the conclusion of these proceedings;

v) a prohibited steps order preventing the mother from applying for a travel document or passport with the Greek embassy in England and Wales; and

vi) a Child Arrangements Order for the child to live with the father till the conclusion of these proceedings.

"On the morning of the hearing on 28 April 2020 a witness statement from the father's Greek lawyer was produced. This was dated 12 April 2020. The lawyer explained that a declaration that N was on 21 March 2020 habitually resident in England and Wales, and that he so remains, would be "very helpful for the Greek procedure and will increase the chances of this application to be granted". He explained that in normal circumstances a Hague application in Greece would take about four months to be concluded at first instance, with a possible further three months were there to be an appeal. However, as a result of the coronavirus crisis there will inevitably be a backlog and so further delays may ensue."

He was "quite clear" that he should follow the latter course, as mandated by the Court of Appeal in the 2018 case Re S. He said:

"It is clear that the Greek court, even in this time of crisis, is functioning relatively efficiently. The Greek court should consider any defences under the 1980 Hague Convention that are available to the mother. Should they be rejected, and an order made for return to this country, once it is safe to do so, that court is the only court with the actual power to enforce it."

The father's application was therefore adjourned until the conclusion of his Hague 1980 proceedings in Greece.

Mostyn J did, however, accede to the father's application for a declaration, which he said "was not seriously opposed by the mother, nor could it have been." He therefore declared that on 21 March 2020 N was habitually resident in England and Wales, and has remained so ever since.


The full judgment can be found here.