KEY WORKERS WARN ‘NEW WAVE’ OF FAMILIES TO BE PLUNGED INTO ‘BLEAKEST’ WINTER CRISIS, AS PARENTS STRUGGLE TO FEED AND CLOTHE THEIR CHILDREN 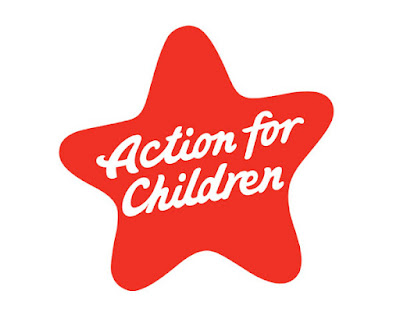 A new report by Action for Children today (Monday 14 September) warns of the ‘bleakest’ winter, with thousands of families, already struggling to feed and clothe their children, set to be plunged into financial crisis.

Since lockdown began, the charity has been running an emergency appeal which has supported over 10,000 vulnerable children across the country in need of urgent essentials - 63% of the fund was spent on families needing help with food, clothes, bills and learning resources3.

While thousands of vulnerable families struggled even before coronavirus hit, a new wave of families have found themselves in dire straits virtually overnight because of falling incomes and rising household costs. A huge 71% accessing the appeal didn’t have financial issues before the pandemic.4

Around a third (32%) of the fund was spent on families who needed emergency help to obtain learning resources to develop or keep up with schoolwork, particularly online teaching.5

And even with the country’s businesses being propped up by the government’s furlough scheme, one in five (21%) families revealed they had seen at least one adult lose their job or have their pay cut. 6

But as a possible second wave approaches, along with the furlough scheme ending and predictions of mass unemployment, two thirds (66%) of the charity’s key workers on the ground fear families will become worse off over the next six months. 7

Hundreds of Action for Children’s key workers across the UK have been delivering help to families in desperate and challenging circumstances with almost one in ten (9%) having to donate food from their own cupboards, and other reports of topping up food parcels with fresh nutritious food, or driving for long distances to collect it. 8

The majority said they have also needed to provide extra emotional support for parents and children9, with many having to work longer or unusual hours to get families and children the support they need10.

As it launches its End Childhood Crisis campaign, the charity is warning that a generation of children are at risk of being scarred by poverty and now the pandemic. Action for Children is urging the Chancellor to use the November Budget to put a protective shield around struggling families by not withdrawing the £20 a week increase in Universal Credit in the Spring and by boosting Child Benefit this winter.

Case study: Lockdown has been financially crippling for parents Carl, 28, and Leah Gale, 25, from Sherborne in Dorset.

As soon as the country went into lockdown, work dried up for self-employed painter and decorator dad Carl. Previously describing themselves as ‘just about managing’, the couple soon found themselves struggling to afford the basics for their three children - Jayden, 6, Colby, 4, and Evelyn, 2.

Leah explains: “We were doing OK before the pandemic - just. But everything went downhill rapidly after lockdown. As Carl is self-employed, we’re not entitled to any government help or furloughing or anything – so we’ve been forced to borrow left, right and centre from family and friends as well as take out a loan to cover the council tax - we’ve never struggled like this before, ever. Covering life’s basic expenses since March has pushed us into the most debt we’ve ever been in – and it doesn’t look like things will get better for a long while yet.”

Leah and family have been supported by funds from Action for Children’s coronavirus appeal which were used to pay for gas and electric on several occasions as well as to buy food and summer clothes for her children. Action for Children staff also delivered food parcels from a local food bank for six weeks.

“Our financial situation is shocking. I’ve had many sleepless nights worrying about money but Christmas is the one weighing down on me massively now – it’s there lingering in the back of my mind every day. I’ve no idea how we’re going to stretch to give the kids any sort of decent celebration - my youngest two children share a birthday in December too.

“We’re just praying there aren’t any more lockdowns and we can start to go back to normal – I don’t want to think about it getting any worse.”

Carol Iddon, deputy chief executive at Action for Children, said: “Six months into this pandemic, families are hanging by a thread as they face one of the bleakest winters of their lives. While parents on low incomes are starting to buckle, a new wave of families who’ve never needed help before are now also struggling to make ends meet.

Our key workers say child poverty levels are at the worst they can remember and have had to deliver life-changing support to thousands of families desperate to keep their kids clothed and well-fed. With furlough ending and unemployment set to rocket just as we hit the colder months, they’ll be plunged into even deeper crisis.

“We must prevent a generation of children from being scarred by poverty and the pandemic. We’ll be there to support them this winter, but the government must put a protective shield around struggling families by ensuring that November’s Budget makes clear that Universal Credit will not be cut by £20 a week in the Spring.”