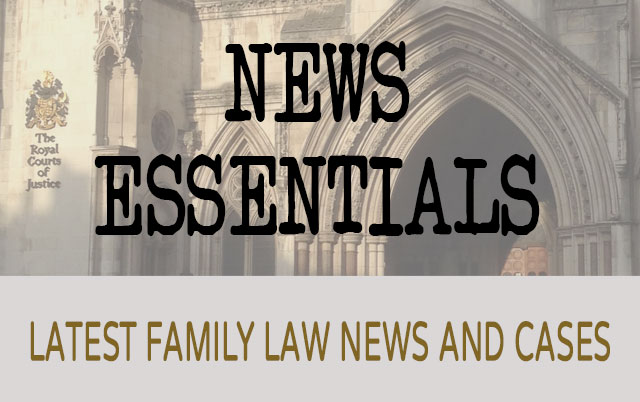 A brief summary of the essential family law news and cases from the last week:
NEWS
High Court dismisses claim that failure to ban unregulated placements for 16- and 17-year-olds was unlawful
Court rules government entitled to introduce law banning placements in independent living for under-16s but letting them continue for older children. Full story: Community Care.
Judge declares woman deceased after relatives raise concern about ‘rush to switch everything off’
A judge has ruled that a woman who suffered a brain haemorrhage is dead after doctors and relatives became embroiled in a treatment dispute. Full story: Care Appointments.

Outdoor civil weddings and civil partnerships made permanent
Outdoor weddings at licenced venues in England and Wales will be legalised permanently after the change received overwhelming support from the public, faith groups and the wedding industry. Full story: Ministry of Justice.

Women’s Aid responds to Human Rights Act reform consultation
Women's Aid has published a briefing note setting out its concerns in relation to proposals set out in the government's consultation on reform to the Human Rights Act. Full story: Family Law Week.